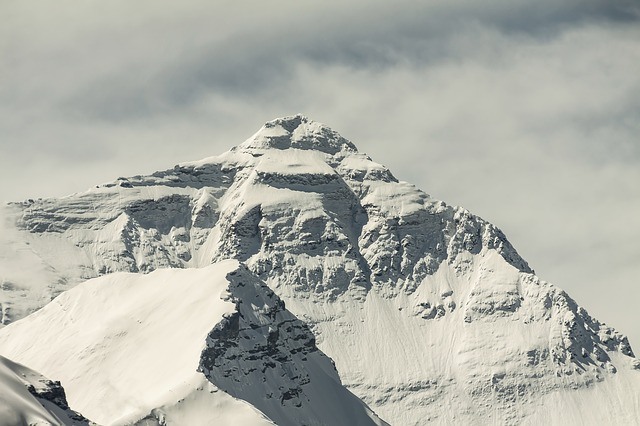 One of the many side effects of global warming

It is getting warmer, no doubt about that. Having lived since 1981 on my Spanish farm, I have seen the changes myself. Seasons go missing. The small almond tree in front of my house, instead of blossoming in February, now is full of pretty flowers starting in January.

The change of climate, the fact it is getting warmer worldwide, can bring forth surprises and they may not be good. All over the globe, glaciers are melting and at an alarming rate. Some have even disappeared altogether, like what happened last year in Iceland.

I came across some unsettling news and thought I should tell you about it. I am sure you know that the Tibetan Plateau of China has glaciers. These glaciers are over 15,000 years old and it seems that there are at least 28 previously unknown viruses that have been hiding there.

When viruses are unknown to modern humans, it means there are no methods to combat these viruses. They have the potential to seriously impact our health and world. Some may only inconvenience us, but there is the possibility of mutating to a very dangerous form. It has already happened in Siberia.

2 Ice cores are being analyzed

They found the 28 unknown virus groups in 2 ice cores collected from this Tibetan glacier. This discovery confirms to scientists that viruses are able to survive in different climatic conditions. I do hope they keep these viruses under strict control.

Just imagine that they escape from the labor, or are stolen, weaponized, and used to cause harm. Here is a copy of the study of the 28 unknown viruses for you to review but be advised that it is very scientific.

When ice that is tens of thousands of years old melts, many unknown things can come to light. Many of these pathogens may be unrecognized by our scientists and no medicine exists that can combat them. That is why one should study these viruses to be halfway prepared and know what is coming at us.

One ice core sample was collected in 1992 and a new one in 2015, but at those times, no special care was taken during the drilling or handling and transport. That means those ice cores were not clean. Even if the inside was pristine, the handling contaminated the exterior.

In a room where the temperature was maintained at 23 F (minus 5C) a sterilized band saw was used to cut away a thin layer of ice. Then the sample was washed with ethanol, which melted some more on the outside. The last step that was taken was a bath with sterile water. The total procedure removed about 0.6 inches (1.5 cm) of outside ice.

In total, 33 groups of viruses were discovered, but 28 of them were unknown to the researchers.

More surprises are hidden in ice

There still are many places on earth that have snow and ice like in the Antarctic. In 2019 something unusual was found in the Antarctic snow. When a star explodes, it produces the isotope iron-60. Ship and plane transported snow to Germany via South Africa, in Styrofoam boxes to keep them below freezing conditions.

There, the researchers melted the snow, and they put the remaining solids into an incinerator. The scientists were in for a surprise as when the ashes were analyzed, they found the isotope iron-60. This element is abundant in space but rare on our planet.

When a star explodes, it creates this radioactive form of iron. It is considered stardust and has been found before. In 1999 it was first detected on the floor of the Pacific Ocean. 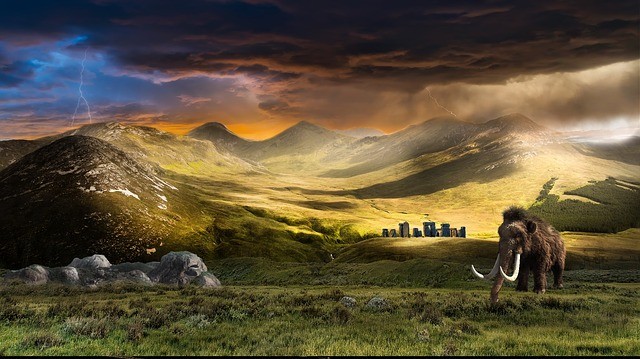 Yuka, the name given by researchers, was a 6 to 9 years old woolly mammoth that lived some 39,000 years ago. They discovered her in August 2010 on the Laptev Sea coast near Yukagir, Russia. This find was one of a kind as the brain was mostly intact so researchers could study it with computed tomography and magnetic resonance.

It is thought that mammoths had similar behavior to modern elephants. Previous to this find, they had found 2 other baby woolly mammoths in the Siberian permafrost in 2007 and 2009. They were named Lyuba and Khroma but their brains were not so well preserved as Yuka’s. 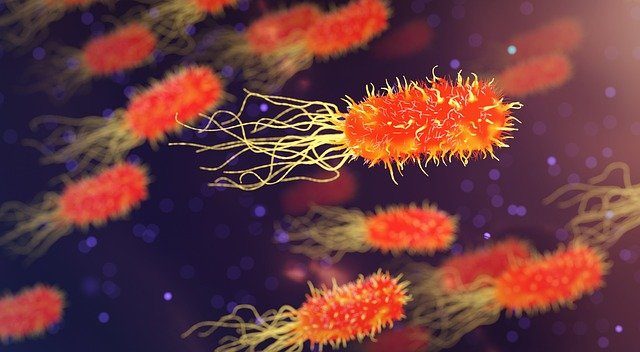 Life found deep under the ice

This is a story that really made me think. So many things remain unknown as they are covered in ice. As the ice is melting at an alarming rate, one does not know what will happen. What is sure is we better try to be as prepared as possible, even if it all sounds a bit like science fiction.

Take the following story as an example. The European Space Agency’s Mars Express spacecraft discovered signs of a buried lake of liquid saltwater. One does not know yet what this water contains but I am sure before too long we will find out.

Lake Mercer and its secret

Here on earth, a similar situation was found. Deep below the West Arctic ice sheet is a lake. This lake is a few hundred miles from the South Pole and contains bacterial life. Lots of it. When you take the harsh environmental conditions into consideration, this is quite amazing.

Here, on this YouTube video, you can see what a tardigrade is, an amazing tiny animal.

Just imagine, the borehole was 3504 feet (1,068 meters) deep, and it remained open for 10 days. 15 gallons of water and a sediment core of over 16 feet were taken. With these samples, one hopes to unravel the dark secrets of Lake Mercer. 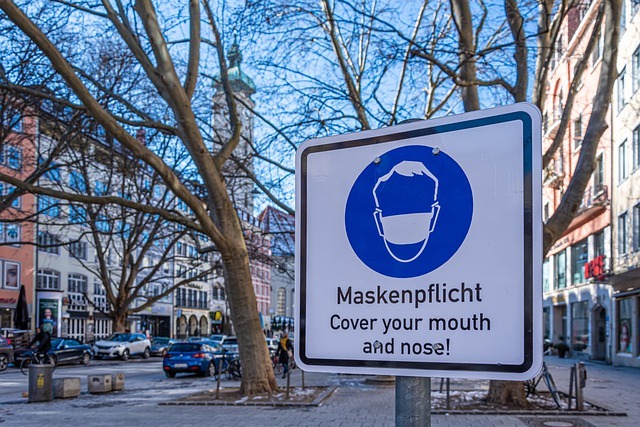 These are just a few examples of finds in the ice. Many more secrets are lying deep down, frozen for thousands of years. Climate change will uncover one after the other and hopefully, we are prepared. Otherwise, humanity should better morph into a tardigrade to be able to survive on our planet. Do you think we will survive? Let me know in your comments what your opinion is.

How to survive in the backcountry

Survivalist expert Dave Canterbury tells you how to go about in the outdoors. You will learn the 5Gs of survivability. Cutting tools, covering, combustion devices, containers, and cordages. If you master all of this, you will have a good chance to make it. In this guide, you will find all the needed detailed information.

I wrote this post on 25 January 2020. I did not know what was coming. The big changes in our lives and the world turned upside down. The fact is, we are all running around with masks on. Who would have thought that?.

Before you leave, pay a visit to Recommendations. It is a special page I have made for you with a collection of things you could find interesting.

How to Check if your Drinking Water is Clean.

Climate change management has had a problem that humanity must face. For emergence and viruses. Turning your eyes or switching channels when such a theme turns red is simply no longer an option.

He used to say that the planet will be preserved for generations to come, and this is not the time for everyone to face the truth – the Earth should be saved for itself.

Continuous environmental pollution and reckless behavior have accelerated the climate change process, which has only brought about lower consequences, including global failure.

Thank you for visiting my website and for leaving a comment. I hope you have downloaded your free PDF? Tulip widget.

I think that by now climate change cannot be denied anymore even if there are still people who claim we have no problem at all.

When all the ice melts many areas in the world will be flooded and people will have to move somewhere else. Then the fact that unknown viruses will come to light is a worrying idea. Our actions have consequences and we will find out the hard way, sooner or later.

Thank you for your most interesting article on “Can Frozen Pathogens Be a Danger to the World?”

I read with interest your paragraphs entitled “Tibetan glacier holds a worrying surprise of 18 unknown viruses” and  “One of the many side effects of global warming”.  It made perfect sense to me.  I certainly agree with you that  “When viruses are unknown to modern humans, it means there are no methods to combat these viruses”.

With these new viruses suddenly unleashed on human populations, they definitely have the potential to seriously impact our health and our world. I couldn’t agree more.

I also enjoyed reading one of the articles on your website, entitled “Glacier ice archives fifteen-thousand-year-old viruses”.

Perhaps this is what gave rise to COVID-19? Could it be? We don’t know what’s being transmitted to us when those glaciers melt.

All in all, a very interesting article, which gives a lot of food for thought.

Nice to read that my post gave you food for thought. Unusual things are happening in our world we know little about. All the unknown things hidden in the ice will come out because of climate change. The consequences are completely unknown so it is difficult to prepare for this.

Let us hope for the best as there are enough serious things on our menu. Like Covid-19 which brings up many questions as well. A healthy lifestyle and natural food are the things we can do to be prepared for what is coming.

Thank you for stopping by and for your comment. I hope you downloaded your free PDF. Tulip widget.

Although I don’t think we need to worry about them being stolen from the lab and used as weapons, it’s crazy that so many were found in two cores. If there’s that many in just those two samples imagine how many have already been released into our ecosystem.

Honestly, if the viruses were that abundant in the cores there’s a strong likelihood that similar or the exact same virus has already been released as glaciers melt on their own.

Thank you for your visit and for your comment. I hope you downloaded your free PDF? Tulip widget.

It definitely is not a nice thought thinking about all that can be hiding in ice. Recently a complete glacier disappeared in Iceland. So one wonders what it set free and we do not know. I think the best one can do is keep the immune system strong and hope for the best.