A fresh look at your Brain 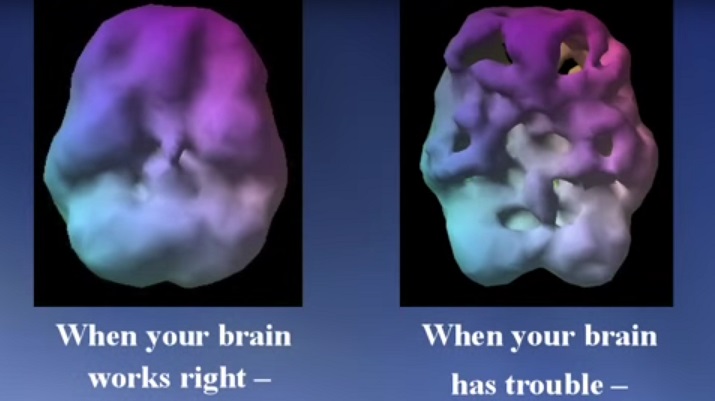 Brain Trauma is not limited to sports, but it has had the most recent headlines. Anyone knowledgeable about American Football will recognize the name, Junior Seau. Mr. Seau was a 10 times All-Pro Linebacker for the San Diego Chargers. A position that requires a lot of physical contacts which was often head-to-head contact.

Junior Seau died two years after retiring from the NFL from a self-inflicted gunshot wound. His family had heard about chronic traumatic encephalopathy (CTE) and asked doctors to determine if Junior suffered from this condition. The results confirmed the Junior indeed suffered from CTE.

The dangers of boxing

I do not think there is anyone who does not recognize the name of Muhammad Ali. He died from complications of Parkinson’s disease, but there are many who question if his condition was exacerbated by his boxing career and CTE.

But you do not need to be in sports to suffer from brain trauma. Riding a bicycle, tripping on a rough piece of sidewalk. Falling down a flight of stairs are things that come to mind but a stroke, addiction can cause brain trauma, and even be present with no history of injury.

In the following video, you see Dr. Amen and Muhammed Ali, the world-famous boxer. 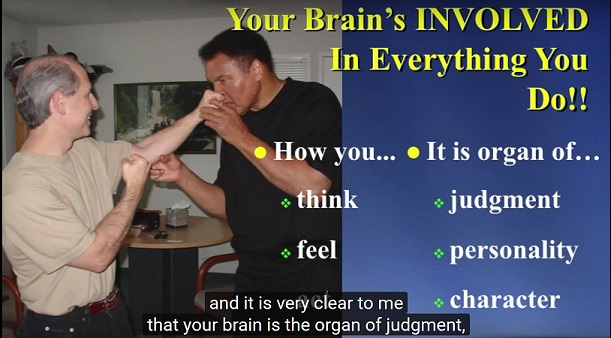 Relatively new technology is being used to look at blood flow and brain activity. The observations can show how the brain is impacted by trauma and give the doctor an idea of how to treat the condition.

Children with ADHD have remarkably different activity patterns than a normal child. People with Parkinson’s have very different activity patterns and one look at an individual with physical brain trauma will convince you that there is something wrong. Dr. Daniel Amen has been working with this technology and he gives an excellent Technology, Entertainment, and Design (TED) presentation on the process.

For those unfamiliar with TED, it is a nonprofit organization devoted to spreading ideas which initially was based on information about Technology, Entertainment, and Design. In this particular TED TALK, Dr. Amen discusses why he is so excited about the new scanning system. It can prove to be a lifesaver and in fact, has.

A book by Dr. Sears

One of the foremost anti-aging doctors in the US is Dr. Al Sears. He has written extensively on health-related issues, here you can see his book he wrote on brain health. 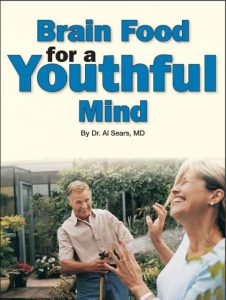 A special method to train your brain

I recently discovered the Raikof Method. Here one learns to use the full potential of one’s brain. It is known that we only use some 10% of our brain capacity so how about using much more of the brain capacity available to us? Please have a look. 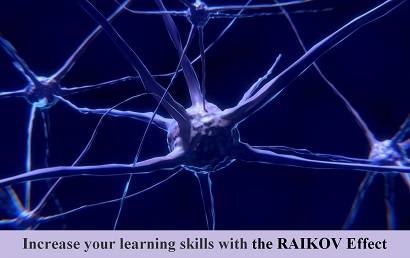 One can not be careful enough with one’s brain. Also, the food we eat has a big effect on brain health.

Before you leave, you might like to look at Recommendations. It is a special page I have made for you. It holds a collection of things you might find interesting.

It would be great if that new scanning system gets a chance!! Brain trauma is awfull…

Dr. Amen has been working with Brain Scans for more than 20 years now and is considered World expert in this field. One has to get the information out so that more people hear about it. Regards, Taetske

Very Interesting information by Dr. Amen. Thank you. You may also want to look at the work of Daniel Siegel MD who has done resent research on mindfulness and neuroplasticity or how the brain changes.

Thank you for stopping by. I also find the information Dr. Amen provides on the brain amazing. So many people finally find an answer on the why of their problems. I will look into the work of Dr, Siegel as you suggested.

watched the video series and then went to doctor video – lots of good information here.

Good morning Dave, Yes, I find it also fascinating what modern technology is capable of doing. The work of Dr. Amen is so good and special. That is why I put it on my website so more people know about it. Regards, Taetske

Hello Taetske,
I’m so very glad to have found your extremely interesting article. Thank you for sharing the video of Daniel Amen. This is revolutionary news. If all people knew of this, there would be fewer prejudices against those having unusual or even criminal behaviours. The understanding for those people would increase and they could get help to get rid of aggressive and destroying behaviours.
I really hope the brain scanning will get a routine within the psychology and psychiatry so that brain damages can be healed in time and save many lives.
Looking forward to watching the video about the Raikov Effect. Thank you for sharing all this information.
All the best,
Pernilla

Thank you for visiting my website and leaving a comment. What Dr. Amen is doing is so important to make us understand why people behave in a certain way. With the understanding of this complex subject, I am sure a lot of misunderstanding might be avoided.I think it is high time that this type of test should be included in a normal check up for serious illnesses and long-lasting ailments where modern medicine still has not found a cure.
The Raikov Effect is also very interesting and well worth your time I think.

Aloha Taeske!
Thank you so much for sharing this important information. People often only possess their brain but don’t really USE and appreciate it! It is right that injury or disease can damage the brain. What is underestimated a lot is the fact that we ourselves can hurt our brain with bad habits like consuming processed food and fast food, don’t drink enough water on the daily basis, don’t sleep enough – the brain uses the sleep to detoxify from metabolism toxins – and also consume alcohol and other drugs – of course prescription drugs included on a daily basis. I really enjoyed the books by Dr. Daniel Amen and the idea that to see an image of your own brain could make you proud of it or push you to change your bad habits and to restore your brain. This needs time but a damaged brain can build new neurons and new pathways and recover in the process called neuroplasticity of the brain.
Thanks again for this wonderful post and spreading this important information!
Love and light to you!
Keep up your wonderful work!
Aloha, Jenna

Being interested in health-related topics and having a website I come across information I might not have heard about otherwise. The work of Dr. Amen is so important, especially in our modern times where remaining healthy is not an easy task. To be able to look at a brain and see the result of injuries or bad habits is ever so helpful. People who have been on drugs have brains like gruyere cheese, just imagine. The good thing to know is that it is never too late to make changes, as you said, the brain is capable of building new neurons and recover from the abuse. People with Alzheimers and Dementia also improve tremendously with changing their habits including the foods they eat. On top, we have to clean the brain of Fluoride and we can start a new life.
Thank you for visiting my website and leaving a comment. I hope you downloaded your free PDF?

The TED talk of Dr. Daniel Amen was very educational and has answered to me some questions I actually “felt” the answer to it before but never knew how to find out if I was right with my own thoughts?
My oldest grandson, 18, has ADHD and he also is a passionate Hockey player and had, already, some concussions due to his sports.
His parents are concerned but at the same time downplay the possibility that these concussions may have cost some concerns which should look be after.
I certainly will forward your article to my daughter and her husband and hope they will take some action and get my grandsons brain checked out.
Another fact I am wondering about is that we, in our day and age, do know so much about technology but are still way behind when it comes to understanding the function of our brains.
Of course, the cost factor always plays into it too. A proper brain scan is costly and therefore will not be considered being used, until, the doctor thinks it might be necessary.
Thank you for this great article about Brain health, appreciated.
Namaste
Sylvia

The brain scans of Dr. Amen are really amazing. He is recognized as the top specialist in this field worldwide. There are several Amen clinics in the U.S.

The ADHD has also be linked to Vaccines when a baby and young child and another thing could be the GMO in bread and cereals. It seems that Gluten sensitivity is on the rise but it might not be the wheat as such but the GMO and also Roundup which is sprayed on crops.

I hope your family finds this information helpful. Please let me know what you think of the Amen clinics if you decide to take your grandson for a checkup.

Thank you for your comment. I hope you downloaded your free PDF?

Despite the graphic nature of this post, I found it rather implicit. You never came out and said it, but playing football and boxing are the antidote to an optimized, healthy brain.

Thus, it is wise to take this into consideration when factoring in why athletes such as Mohammad Ali died the way they did, not to mention preexisting medical conditions that exacerbated their mental and physical health alike.

As a result, it is important to know how to keep the brain on the right track and avoid trouble at all costs.

Thank you for your visit and for your comment. I hope you downloaded your free PDF of your choice at the tulip widget?

Anyhow, we should take care of our brain even if we do not practice hard sports. The foods we eat have an enormous influence on our brain health. Many doctors consider 3 soup spoons of coconut oil a day very beneficial for your brain.