GMOs, the Time to Act is Now

I have been aware of Genetically Modified Organisms (GMOs) for quite some time now, but I never made the decision on their value. I was always questioning their value and their safety, but I believed that we could control and keep this on the farm, so to speak.

Since graduating from college with a degree in Chemical Engineering, I have had a simple mantra, Never Trust Something Man Makes. Sure they can produce some very nice things, such as flat-screen TVs. Smartphones, sending a man to the moon (1969), but when they tried to work with natural biology, things have gone bad in a hurry.

A drug for morning sickness

Take the drug Thalidomide, as an example. It was developed in 1957 and later used as an anti-nausea drug to alleviate morning sickness. It worked very well, but it had unknown side effects.

Shortly after it was introduced, thousands of babies were born with severe birth defects. It turns out that thalidomide is a chiral molecule. A chiral molecule is a molecule that can be present as two distinct forms of the same chemical equation. Like your two hands. They are identical in many ways but they are mirrors of each other. 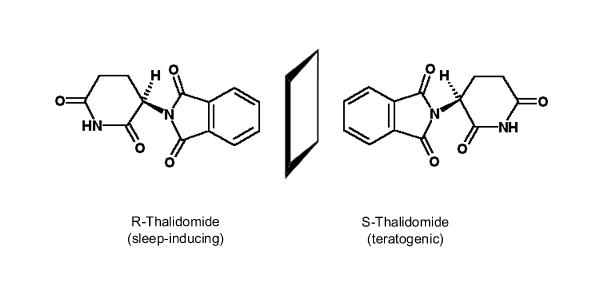 It turns out that one type is perfectly suitable for what its intended purpose was but the other caused serious side effects. My point is that humans are currently incapable of understanding all the myriad of ways messing with nature can cause a catastrophe.

Now we are playing with DNA and RNA trying to convert a species to something more manageable.  Do we really know the ramifications of this hubris?

Is GMO safe or not?

I will be reviewing docuseries that explore the safety of GMOs. As I mentioned at the start of this blog, I was undecided and willing to let things take their course until I had enough information to have an educated opinion. Now I realize GMOs are more dangerous than anything man has fiddled with to date.

Yes, I fully understand the ramifications of my statement. I think GMOs have the potential to devastate the entire world, not in a quick way like nuclear weapons but in a slow horrible way and in only a few generations.

That is why I am saying YOU NEED TO WATCH these DOCUSERIES. Only a few episodes are available for free to watch now. Maybe the producers see fit to run the series again. If they do, I will let you know. But for now, I will have to be satisfied with trying to give you a summary of each episode.

I will summarize each episode and post it on this main page as I complete the text. I have purchased the series and when it arrives, I will review my summaries and update them as necessary. I have found the first of the series on YOUTUBE and link it below for your own viewing.
I highly recommend everyone to be informed on this critical subject.

This first episode is 1 hour and 50 minutes. It is well worth your time.

You can see my summary of Episode 1 here.

Time has passed and so many things have happened in our world that this project was not a priority anymore. Still, one should remember that GMOs, pesticides, and fast foods are detrimental to our health. Although I was only able to give a review of the first episode, I will endeavor to return to this subject and review the remaining 10 episodes.

Before you leave, you might want to have a look at Recommendations. It is a special page I have made for you with a collection of things you could find interesting.

This post is very interesting. I have heard about GMO’s but I don’t really know much about it. I’m glad that I found your post about this. I’m very dedicated to live a healthy life. When I get to know about how scientists experiment with life and nature it makes me shiver.
Thank you for sharing the knowledge about this. I’m absolutely going to look at the YouTube video and learn more about GMO’s and what impact they have on us and the nature.
Kind regards
Pernilla

Thank you for visiting my website. This GMO’s is a hairraising subject. We do not know what we are doing. Messing like that with Nature is normally no good and could very well have long-term side effects. Certain things science can do like making something more resistant to drought or a certain insect. GMO’s are made to resist poisons like Roundup and that for sure is not natural. I wonder what future generations will be eating.

I am very careful with what I put into my mouth and what I use around my home. This explanation now makes me feel that, although we are signing up for convenience, we are slowly killing ourselves.

I remember the Thalidomide issue. It was devastating for families, especially for the fact that the side effects didn’t show up right away. With the GMO and the 3G, 4G, 5G I think that down the road we can expect to see a lot of what we would not wish for. Thank you for the awakening. I will be on high alert as of today.

Thank you for your visit and for your comment. I hope you downloaded your free PDF? Tulip widget.

The more I investigate for my websites the more worried I get. I also try to live a healthy lifestyle, but you cannot always freely decide. I am happy the closest cell tower is 1 km away and the big trees on my farm give protection.

Food-wise I think I am doing ok as a lot is produced on the property. To top it off come the vaccines. I think we will be sorry we accepted this situation being called a pandemic with all the following consequences. I believe we are going in the wrong direction and the bill to pay will be horrendous.